While the upgrade of the AGA-T to the AGA-T+ was highly publicized the same was definitely not done for the AGA-S. In the email I received from UD about the upgrades it mentioned “New look without knurling for the T+.. and wick hole closer to positive post to reduce hot spot” and somewhere near the footnote of the email something along the lines of “we also improved the AGA-S”. I dont even think they are calling it the AGA-S+ but the upgraded AGA-S but I will be adding the + to the end of it to differentiate.

So, how do I review a genesis style rebuildable atomizer? 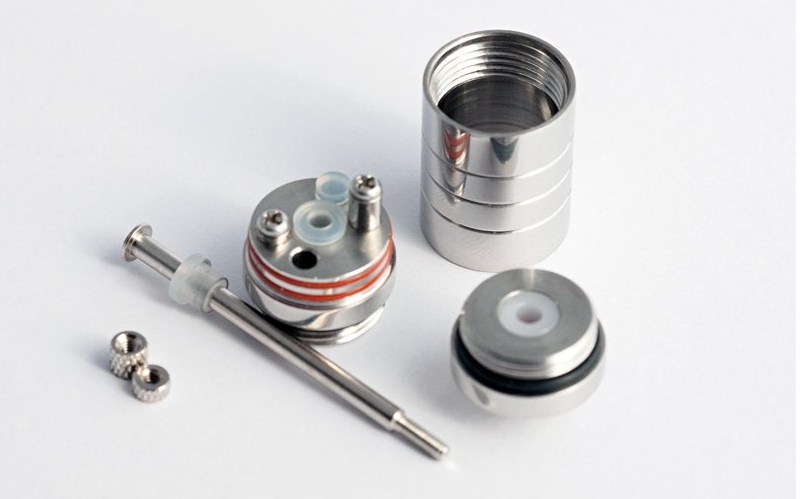 I mean, aside from a few aesthetic differences they are all based on the same basic design and even worse, from a reviewers standpoint.. they vape just as good, or bad, as the wick and coil you build for them! So, my AGA-S+ will vape differently than any other AGA-S+, it will even vape differently today than it will in about 10minutes when I unavoidably pop this coil and need to roll another one. In fact, the world best rebuildable genesis atomizer will be horrible in the hands of a genesis novice.

Instead I have decided to review todays weather:

It started off nice, it was a promising day.. a little bit of sun smiling down on us in the early morning hours, and I would have given you more information on that but I fucking overslept. Round 10am a few clouds started forming, I give the clouds a 6/10 for the imaginative shapes they were adopting. A score far from perfect due to the short duration of the spectacle before they merged into a massive megacloud that failed miserably at raining. Not a single drop. It remained a warm overcast day, around 18oC. I give the temperature a 4/10 because it was a miserable display of 18oC with chilly damp winds and a mysterious yellow tint of unknown origin, probably dust in the air again. The sunset will not be rated in this review as it was hidden behind the horrible clouds.

Still reading? Ok I suppose I have to say a bit more about the AGA-S+

For under $20 I was quite surprised at the build quality when it arrived. It is not stellar but it is far better than some of its Chinese counterparts and, unlike said counterparts, it is made out of solid Stainless Steel.. none of that mucking about with stainless steel plating or chrome plated brass. It even came with some luggage(!) containing replacement o-rings and additional little screws (which was great because I lost the positive pole thumbscrew almost immediately) In this version of the AGA-S the knurling around the base and mid section have completely disappeared as has the threading for the top cover. Unfortunately the top cover itself is way too lose and moves out of place if anything other than a soft wind comes its way. The draw is a bit tight, I like a tight draw so no complaints from me. 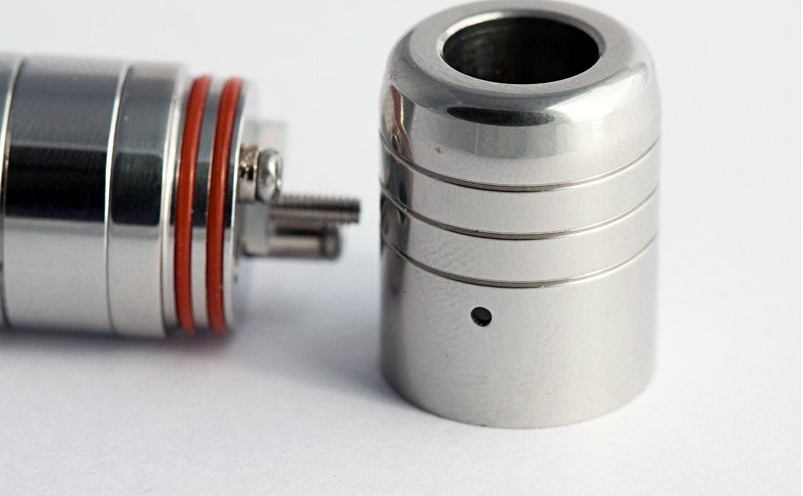 For the price, and provided you do not mind the top cover coming off on every occasion, this is a great way to try a genesis atomizer without breaking the bank. I went for the S instead of the T version for its smaller tank size; I am a dripper.. the 1.5ml capacity is the most I can usually vape before getting bored of a flavor.

The Wotofo Faris is a unique and versatile RDTA. The Faris can be used as either an RDTA or an RDA. It is also compatible with squonker...

The Flawless Tugboat Sub-Ohm Tank is one of the vaping products that made waves in the market last year. This tank was designed by Gigue...